I head up the dispute resolution team.  I specialise in complex and high value commercial disputes and have a wealth of experience of litigation and arbitration, both domestic and international.

My practice covers commercial disputes of all kinds including breach of contract, director and shareholder disputes, breach of trust, fraud and professional negligence as well as commercial aspects arising from matrimonial proceedings.  I act for international and domestic corporates, individual and corporate shareholders/directors, entrepreneurs and high net worth individuals.

I have been recognised as a leading commercial litigator in Legal 500 and Chambers and a leading individual in contentious trusts as well as a “Power Woman” in the Citywealth Leaders List.  The directories comment that I am “bright, analytical, thoughtful and easy and enjoyable to work with” and “offers clients a winning combination of client care skills, work ethic, legal knowledge and experience”.

I joined Marriott Harrison LLP in 2015 from Lewis Silkin LLP where I had been a partner for seven years. I am a committee member of the British Russian Law Association. I speak fluent Hebrew. 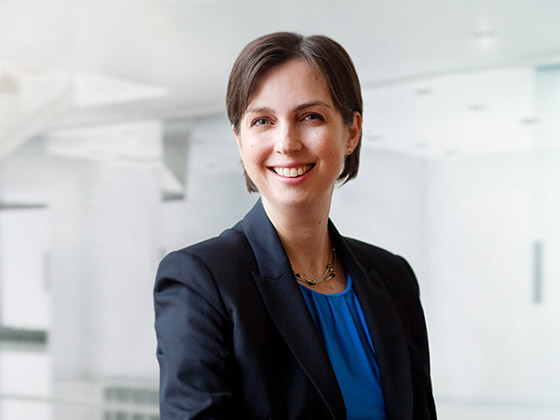 Acting for companies, directors and shareholders in company disputes of all kinds including in relation to unfair prejudice of shareholders’ interests, breaches of directors’ duties, breaches of shareholders’ agreements, deadlocks on decision-making under a company’s constitution and enforcing rights on an exit under compulsory transfer provisions, including disputes over Good and Bad Leaver provisions
Acting for claimants and defendants in a wide variety of commercial disputes including in relation to supply of goods and/or services contracts, breach of warranty and indemnity claims under share purchase agreements, joint venture disputes, trade mark licences, civil fraud, high value disputed debt claims, professional negligence, commercial agency, equitable/restitutionary remedies, banking disputes and all manner of urgent interim relief including freezing injunctions
Acting for creditors and debtors in actual and threatened insolvency proceedings, advising in relation to the duties of directors of insolvent and distressed companies and acting in claims involving such directors and their companies
Acting in contentious trust disputes including in claims brought by beneficiaries against professional trustees for breach of trust
Acting for parties involved in arbitration proceedings, both domestic and international, including under the LCIA and ICC rules as well as ad hoc arbitrations, including contested applications to convert foreign arbitral awards into English court judgments pursuant to the New York Convention 1958
Acting for third parties brought into high value matrimonial proceedings on the grounds that they allegedly hold assets beneficially owned by one of the divorcing parties

Marriott Harrison LLP has successfully defended its client, Kazakhstan Kagazy JSC, in a claim brought against it in the Commercial Court by Harbour Litigation Fund regarding the parties’ respective entitlements under an investment agreement to the proceeds of a US $300m judgment obtained by Kagazy in 2018

Breach of warranty claims: what’s it worth?

You can find out more about which cookies we are using or switch them off in settings.

This website uses cookies so that we can provide you with the best user experience possible. Cookie information is stored in your browser and performs functions such as recognising you when you return to our website and helping our team to understand which sections of the website you find most interesting and useful.

Strictly Necessary Cookie should be enabled at all times so that we can save your preferences for cookie settings.

If you disable this cookie, we will not be able to save your preferences. This means that every time you visit this website you will need to enable or disable cookies again.